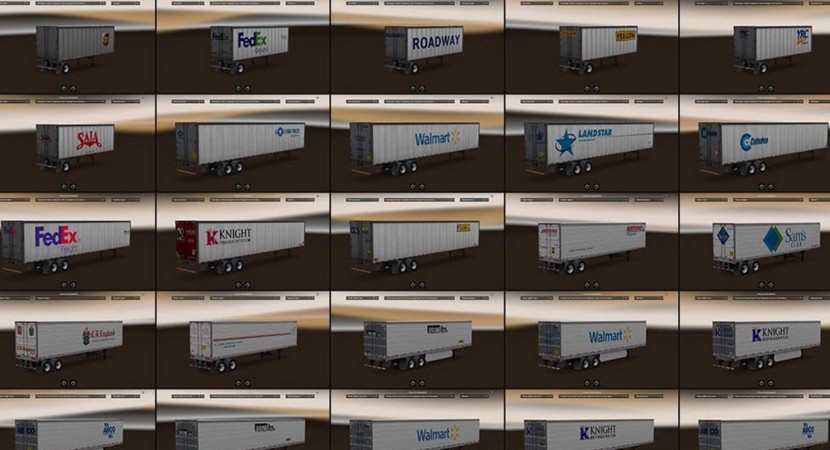 Both the 48′ and 53′ variants of the Reefer 3000R trailers use the same texture, thus the skins are duplicated for both variants. Also because of this limitation, the decal placements on the 53′ variant of certain skins may not be exactly the same as the real trailer.

Several plain skins are included and may later be replaced with other companies.